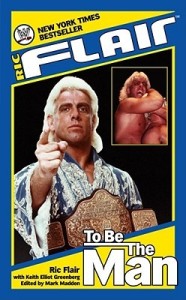 Ric Flair’s “To Be The Man”

When I was 6 years old, I became a fan of the World Wrestling Federation. In fact, I was probably their ideal fan. We never subscribed to TBS, therefore, I had no exposure to World Championship Wrestling. There were a ton of talented guys back then who I had no idea even existed. One of which was Ric Flair.

When Vince brought Flair into the fold in 1991, I had no clue who this “old man” was. Why did he have a separate championship title? Why was Bobby Heenan going nuts over him? My only real memory of Flair as a kid was that Bret Hart had beaten him for his first World Wrestling Federation Heavyweight title (I was, and still remain, a huge fan of Bret).

Flair takes a few shots at guys who he believes did not belong in the business, and with good reason. Why I may not agree with his assessment of Bret Hart, where at one point he calls him formulaic (Flair is also quite guilty of this; riding the same spots in most of his matches), he is pretty much correct in all of his opinions when it comes to guys like Sid Vicious, Paul Roma and the Von Erich’s.

Without a doubt, the highlights of this book lie in Flairs incredible “road stories”. He’s universally known as the wildest party animal of the pro wrestling world. Explaining that he constantly “lived” his character; he spent outlandish amounts of money on limos, custom made apparel and stunning bar tabs. His tales of debauchery with the likes of Roddy Piper, Terry Funk, Arn Anderson, Bobby Heenan and other friends are incredibly entertaining. One of note involving Flair & Piper running through a hotel lobby “clotheslining” potted plants had me laughing out loud.

I wasn’t until Flair returned to the WWE in 2001 that I started to realize that he was a big deal. In 2003, more specifically, WWE released a DVD set chronicling Flair’s greatest rivalries and matches. After going through it, I was stunned that a guy this exceptional was off of my radar for so long. Who could blame me? Even when WCW was at its hottest, I never viewed him as a threat to the nWo or any main event performer.

The way that WCW treated Ric Flair in the late 90s was appalling. Flair goes into great deal about how Eric Bischoff and Jim Herd (WCW executives) nearly destroyed any confidence he had in himself by publicly degrading him and throwing him in nonsensical storylines with little or no plans. To this day, I’ve read countless wrestling biographies and I cannot say that I’ve read or heard someone say they enjoyed their time in WCW.

In closing, the guys today could learn a lot from Flair. I agree with his views on how the business today is far too scripted; I think the guys in the back should be allowed to be given some free range over their promos or their in ring work. Overall, the book overall is an enjoyable one, in fact, one of the best WWE produced efforts. That being said, I think the book could have benefited more by going a little more in-depth or if he had actually waited until his career is over – unfortunately, at 62, Flair is still going strong in the ring. I don’t know if his career will ever end, at least not by choice. 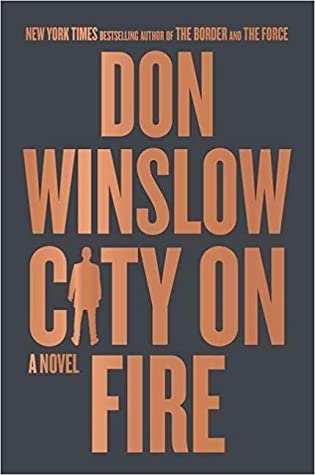