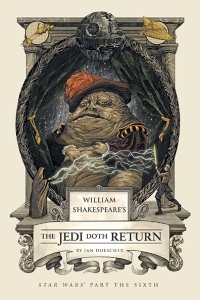 Ian Doescher’s presentation of William Shakespeare’s take on the original Star Wars trilogy has come to an end.  Hopefully Doescher stays away from the prequels – if not, I’d fear Shakespeare could rise from the dead to keep his name far from that garbage.

Luke Skywalker and the rebel alliance are getting ready to make their final stand against the tyranny of The Empire.  The second Death Star is fast approaching completion and the good guys must find a way to regroup following the events of The Empire Striketh Back.  I could go on but if you’re not aware of the Star Wars saga plot, why are you reading this review?  Come on!

All the creativity that Doescher has shown throughout his time adapting the “holy trilogy” once again shines in the final chapter.  While he closes out the series on a simplistic note keeping things very by-the-book, he still assigns himself a challenge in working with the Ewoks.  While he mainly stuck to the script in the first two installments in leaving many characters’ alien vernacular untranslated – he did something different with the Ewoks, offering up a sort of pseudo-English which expands upon their roles in the story.  Very nice.

Overall, I liked it.  It’s clear that Doescher had a vision from the very beginning and throughout the whole journey, he didn’t lose his creative edge nor phone it in.  Quirk Books seems to have cornered the market when it comes to these cross-over experiments.  More! 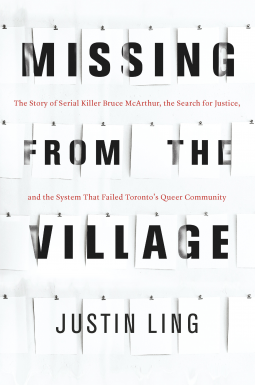 Missing From The Village - Justin Ling