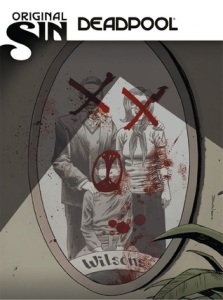 Deadpool and his new wife Shiklah are forced to fend off the aggressive forces of Shiklah’s jilted lover, Dracula.  While they are off making quick work of the vampire horde, Deadpool’s friend, S.H.I.E.L.D Agent Preston, discovers a terrible secret that threatens her relationship with Deadpool himself.

Look, I’ll be the first person to admit that while I enjoy comics, I’m not exactly current when it comes to big crossover storylines.  This particular volume of Deadpool occurs within the time frame of the Marvel Comics event “Original Sin” and it left me feeling a little lost in the grand scheme of things as I didn’t quite understand what was going on.  There’s also a weird wibbly, wobbly, timey, wimey thing going on involving an afroed Deadpool and a lesser known super heroine, Dazzler.

I don’t mean to be harsh, but the artwork in this volume was flat out terrible.  Maybe I’m just not a fan of John Lucas, who knows.  At times, it almost looked like it was bordering on John Kricfalusi territory, which is the wrong fit for superheroes (unless you’re talking Powdered Toast Man).  I hope that they bring back Scott Koblish for the remainder of the series, his work has been excellent.

Volumes five and six haven’t been as strong as the first four and it has me worried in regards to the series going forward.  Duggan and Posehn have proven to be excellent writers, so I hope they find their footing and get things back on track.

One thought on “Deadpool: Original Sin” 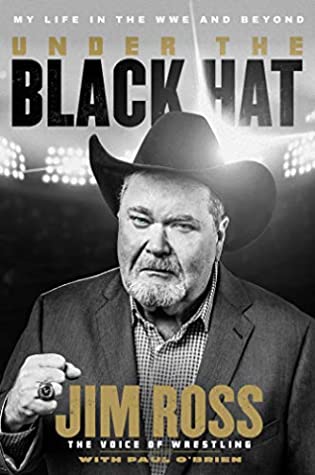 Under The Black Hat - Jim Ross