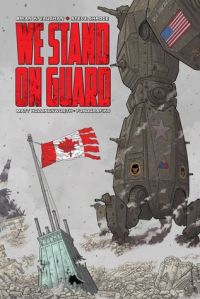 We Stand On Guard by Brian K. Vaughan

Brian K. Vaughan (Saga, Y: The Last Man) tells the story of a future conflict between the United States of America and Canada. Following a terrorist raid on the White House in 2112, Canadians find themselves on the receiving end of the United States Military’s mighty muscle as Ottawa is torn to shreds by a menagerie of missiles. Following the attack, the story then shifts twelve years into the future as the new North American landscape is revealed.

This was an interesting premise that grabbed my attention right away. A Canadian/American war set approximately three hundred years after the first (and to date only) conflict between the two nations? Yes, please. My expectations then shot sky-high after I found out that Brian K. Vaughan was behind the story.

That being said, I was disappointed when I found out that We Stand On Guard was a limited series (the entire story clocks in at a dismal 160 pages); a feeling that only became amplified after I finished the book. There’s so much going on in this world that I felt Vaughn (or even another writer if he chose to hand off the series) could have gotten so much more out of it. For example; the Canadian freedom fighters we’re introduced to are pretty one-dimensional, but interesting enough that I would love to know more about their past. I’d also have loved to have known more about the political climate around the world in reaction to the initial battle of North America. Maybe it’s the fact that I’m currently head over heels regarding The Expanse – a series that deals with the socio-political climate surrounding conflict between planets and cultures.

Due to the brevity of the story, I found it hard to really get invested in any of the deaths. Most of these characters are cardboard cutouts and seeing that this is a story about war, casualties are going to be coming fast and furious, many of which just washed over me. I wasn’t all that crazy about the art either although that likely puts me in the minority as Steve Skroce (X-Men, The Matrix) is well-regarded in his field.

Despite my grievances, I still enjoyed this. It was cool to see a few Ottawa landmarks like the Byward Market, Parliament Hill and even a Beavertails stand committed to a comic book, so it was fun if even for the novelty. I just wish there was more to it. 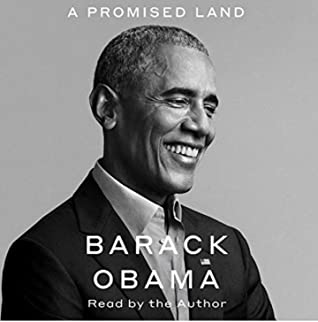