Over the years I’ve struggled with short story collections as I’m very much a long-form kind of guy. I especially dislike the start/stop of short story collections – you get invested in a character or a story and in fifteen or twenty pages it’s done. Kind of like driving down a highway and smashing into a brick wall. That being said, Stephen King’s Night Shift is one of the few exceptions. I enjoyed the hell out of this collection.

Night Shift crams twenty of King’s earliest short stories into a brisk 502 pages. While I’ve been reading King for years, I’ve only read two dozen of his full-length novels and although most certainly exist in the realm of horror, it seems that short-fiction is where he really lets his freak-flag fly as there are some truly messed up stories in this compilation. The Lawnmower Man, Graveyard Shift and Gray Matter were downright disgusting and represent the true depths of King’s depravity.

Outside of the gross-out factor, there were some truly scary stories. Sometimes They Come Back really stood out (even if the ending was a bit much), I Am The Doorway had one hell of an eerie ending and One for the Road did a number on me by taking me back to Salem’s Lot. Even the infamous Children of the Corn offered up some thrills and chills.

Some other highlights were Quitters Inc. – a story about a man desperate to quit smoking until confronted with an alternative method, The Last Rung on the Ladder which was beautifully tragic in its execution and Battleground, a fun action-packed story that succeeded by not taking itself too seriously.

They weren’t all winners though. I didn’t care much for The Mangler, Trucks or Jerusalem’s Lot. The Mangler and Trucks were a bit too similar, I guess. Jerusalem’s Lot was a Lovecraftian-style monster story that didn’t really do anything for me, especially when compared to the superior One For The Road later on in the collection.

King is one of my favorite writers, so it’s not all that shocking that I would enjoy one of his short story collections. What is shocking is how quickly I tore through this one – even the ones that I didn’t enjoy all that much were rapid reads. I haven’t been all that impressed with some of the books I’ve been reading lately, so a King was just what I needed. 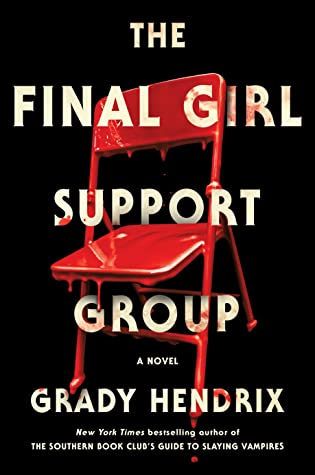