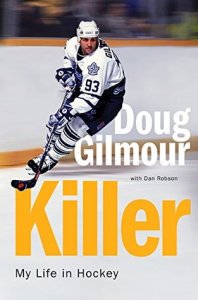 Killer: My Life in Hockey – Doug Gilmour (with Dan Robson).

Killer: My Life in Hockey is the story of the life and career of former pro hockey player Doug Gilmour.

When I was 9 years old, I had declared that I was going to be a Montreal Canadiens fan. I had come home after a day spent hanging out with my friends. My friend Jeff, who was a huge Habs fan, basically told me that day that they were going to be my new favorite team. This did not sit well with my Uncle, who immediately told me I would be, along with the rest of my family, a Toronto Maple Leafs fan. Come to think of it, I think this day maybe set the stage for my reluctance to think for myself – but that’s a whole other conversation, perhaps for my therapist and not a review of a hockey memoir.

This happened in 1993, the perfect time to be suckered into becoming a Leafs fan. Although Montreal would go on to win the Stanley Cup earlier that year, it’s not like the Leafs were a team to overlook. They had an impressive core of talent made up by rookie goaltender Felix Potvin, and offensive powerhouses Wendel Clark, Dave Andreychuk and my favorite, Doug Gilmour. In the 1993-1994 season alone, the three would combine for an unimaginable 286 points! Just incredible stuff. What would follow would be some dire years, but I was hooked right away.

While Gilmour was my favorite player during his time in Toronto (1992-1997), I didn’t know a whole lot about his career prior to donning the blue and white. His book explores his early years in junior hockey all the way to his current job in the front office of The Kingston Frontenacs.

The best parts of the book were the random stories he’d tell about pranks that either he or other members of his team would pull on each other. More than a few stories had me laughing out loud (coating donuts in candle wax and filling them with Vaseline was a real highlight). I also enjoyed the way he spoke about former Leafs bench boss, Pat Burns, who had a very old-school approach to coaching. I couldn’t believe that their first meeting took place inside of a strip club as Burns detailed his vision for the 1992/1993 season.

Outside of that, it was pretty paint-by-numbers. I didn’t find anything offensive or bad per se, but I could have done without so much bland play-by-play for key games and moments in his career. After a while, they blend together and it’s easy to catch yourself glossing over them. However, that’s more of an issue I have with the way some of these memoirs are presented rather than anything on Gilmour’s part. Also, it isn’t like Dougie had a career filled with controversy. In fact, the only real controversy during his playing days came early in his career in the form of allegations that he had slept with an underage woman. Gilmour spent little to no time (literally three brief paragraphs) on this undesirable chapter of his life other than to say they were false and eventually dropped, but I doubt there is much detail to go into nor would it be something he’d like to unearth.

I would hesitate to recommend Killer: My Life in Hockey to those who aren’t already a fan of Dougie. For me, it was interesting to find out the laundry list of injuries he’d sustained over the years and how he continued to play hurt, even when he probably should have walked away numerous times. That being said, there are tons of hockey books out there that are more compelling reads. 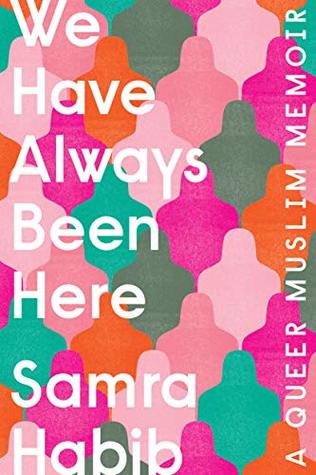