I somehow found the time to read over 80 books this year – the most I’ve read in a single year since 2014 (I read 90 that year).  Therefore, rather than just pick 5 books I enjoyed, I decided to go with a Top 10 – five fiction and five non-fiction.  I still had a tough time with that.  I tried to present a gender-balanced representation as in previous years, but I just happened to read more books written by men (I listed a few female written novels/non-fiction books in my “honorable mentions list”).

All Quiet On The Western Front

All Quiet on the Western Front

Erich Maria Remarque’s harrowing novel about the horrors of war struck a chord with me ninety years after its initial publication.  With Sam Mendes’ upcoming World War I movie 1917 due to hit theatres this month, it’s the perfect time to pick up Remarque’s brilliantly brutal novel. 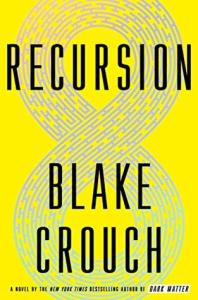 I normally don’t rank these, but Blake Crouch’s Recursion was my favorite novel I read in 2019.  I tore through this one in about two days.  I’ve always been fascinated with time travel and the effect it has on creating multiple timelines.  The hopelessness that comes to the forefront near the novel’s climax had me speed reading, desperate to see how it ends.  That is the true mark of a great read. 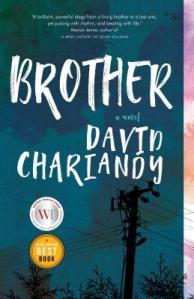 One of the things I’ve always loved about CBC’s annual Canada Reads competition is that it forces me to pick up novels I wouldn’t normally read.  David Chariandy’s novel about two brothers growing up in the poor suburbs of Toronto completely blew me away and despite its critical acclaim, it was nowhere to be found on my radar.  It took Chariandy a decade to write this one and it shows.  Brother is expertly crafted with a narrative that demands your undivided attention.

Laura Lippman’s Lady in the Lake is a period piece that takes the reader back to civil rights era Baltimore.  Lippman isn’t afraid to present complex and unlikable characters to her audience (see 2018’s Sunburn) and Lady in the Lake continues that trend.  I thought this was a great read that would do really well in book clubs fostering up equal discussion between the whodunit aspect of the story and Lippman’s social commentary of life in the 1960s.

Don Winslow concludes his critically acclaimed Cartel trilogy with 2019’s The Border.  Winslow touches on the current US administration’s endless corruption by tying them to the villainous Mexican drug cartels.  It’s a fascinating read filled with extortion, extreme violence and back-channel bribery.  It more than lives up to Winslow’s prior novels and closes out the trilogy with a satisfying conclusion.

The Wake: The Deadly Legacy of a Newfoundland Tsunami

Linden MacIntyre travels back to the early 20th century to tell of a Tsunami that completely annihilated a fishing village in Newfoundland and the long-term effects it would have on the future of the province and the health of its inhabitants.  A deeply upsetting read that shows the horrors of unchecked power and the vital importance of unions in protecting employees’ rights.

American Predator: The Hunt for the Most Meticulous Serial Killer of the 21st Century – Maureen Callahan

American Predator: The Hunt for the Most Meticulous Serial Killer of the 21st Century – Maureen Callahan

Like many others, I love reading true crime stories about serial killers.  I’m not in it for the gory details though, I love finding out that small, seemingly insignificant mistake that leads to their downfall.  Callahan’s research into infamous murderer Israel Keyes and his arrogance is a captivating story of a man who was so unbelievably good at what he did that it was a miracle he was eventually brought down.

I had the privilege of attending a discussion with Holocaust survivor Dr. Eisen a few weeks ago at an event put on through the Canadian War Museum.  His shortened lecture did not do his book justice.  Winner of the 2019 CBC Canada Reads competition, Max’s book is a testament to the power of hope and the endurance of the human spirit. 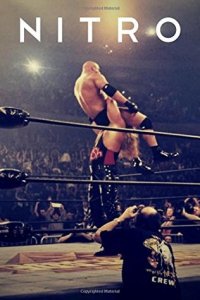 Since WCW’s (World Championship Wrestling) demise in early 2001, countless documentaries and books have been produced regarding its incredible rise and unexpected downfall.  However, I believe Guy’s text, written some seventeen years after Ted Turner’s wrasslin’ promotion’s death, is its definitive obituary.  It’s filled with historical documentation and compiled through interviews with not only performers, but Turner broadcasting executives.

A few years ago, I had the pleasure of reading Endurance, the story of Shackleton’s doomed venture into Antarctica.  When I was offered an advanced copy of author Buddy Levy’s account of the equally doomed Greely expedition into the Arctic, I jumped at the chance.  Levy’s deep dive into the terror of prolonged isolation is the perfect book to read in bed, bundled up with a cup of tea thankful you don’t have to eat your own shoes to stay alive.