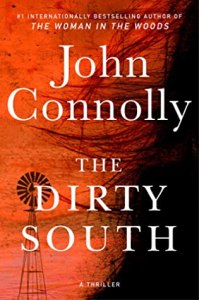 Reeling from the loss of his wife and daughter, former NYPD detective Charlie Parker ventures down to Arkansas where he believes the recent murder of a young, black woman may fit the m.o. of his family’s killer.  The small town of Cargill doesn’t exactly roll out the red carpet for Mr. Parker as he quickly lands inside a jail cell.  Once word travels  about exactly who Parker is and why he’s visiting the town, common sense prevails and he’s released from the slammer.  Despite reservations from the county sheriff, Parker is enlisted by the Cargill PD to assist in bringing the killer to justice.  In typical Parker fashion, things go pear-shaped rather quickly as members of the town struggle to keep secrets that have long since been buried deep underground.

Although it’s no secret that the majority of the Parker novels take place in Maine, it is a welcome change when Parker can get out on the road and venture to different parts of the US (or the world for that matter).  Using an Arkansas backwater town straddling the line between financial oblivion and success added a sense of urgency to solving the crimes.  The disposition of the townsfolk heavily tied to Cargill’s make-or-break situation begin to simmer like a pot on the verge of boiling over when Parker arrives.  For the lack of a better phrase, the skeletons in these closets become threatened when an outsider begins poking around. So, as much as the town itself is a central character, the supporting cast make this one an all-timer.  This is a community with one foot in the grave after all.  As events begin to unfold and backs are up against the wall, Parker will have to deal with folks as they lash out in unpredictable ways.  Not only does he have to fight those closest to the crime, but those on his side of the law as well.  Cargill has essentially been run by a powerful family for decades and they don’t take kindly to having to ride backseat to an outlander.  Their power and influence cannot be rivaled and they’ll do anything to keep it that way.  Luckily for Parker, he has an ace in his back pocket in the form of two professional criminals charged with keeping Parker alive and well.

As with many of Connolly’s Parker novels, there are a few choice standout scenes I’ll keep to myself for fear of spoilers  Two in particular have Parker facing off against adversaries both expected and unexpected.  The dialogue here is excellent and I couldn’t turn the pages fast enough – well, as fast as you can on a Kindle, anyway.  This is one lean, mean thriller.  As much as I love Connolly’s epic Parker novels that thrust the detective deep into centuries of mythology and ritualistic evil, this is a straight-up cat and mouse white-knuckler that had me sucked in from start to finish.

Having just written a research-heavy door stopper of a novel in Book of Bones, author John Connolly wanted to write something a little less beholden to such hefty R&D.  What better way to do that than to revisit Parker’s past – a time before the detective would get tangled up in the supernatural while carrying the weight of continuity over seventeen books.  Instead you get a story with a man living off the raw emotion of rage and determination that comes with losing your whole life.  A little more naive and careless, but still maintaining those traits we’ve come to know and love over the past seventeen books, this is a Parker perfect for new readers.  Although I would still recommend reading the entire series before venturing into this book – The Dirty South offers a perfect jumping on point for new readers or those looking for a standalone Charlie Parker novel (although, I don’t know how you could just read one of these books and not want to devour the whole series).

I received an advanced copy from the publisher in exchange for a review. 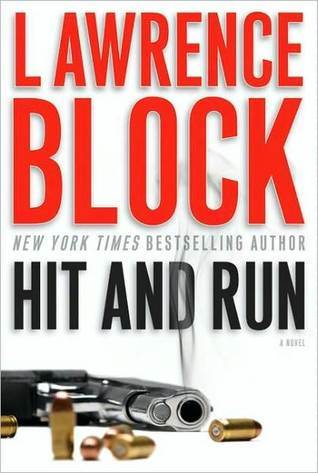