In 2019, Nick and Matt Jackson, alongside several of their friends and peers, as well as American businessman Tony Khan, founded AEW (All Elite Wrestling), a new and exciting competitor to the monopolistic WWE in the United States. However, the duo weren’t always the trendsetting disrupters they came to be in recent years, they had to start at the very bottom. YOUNG BUCKS: KILLING THE BUSINESS FROM THE BACKYARDS TO THE BIG LEAGUES is the story of how the two Jackson brothers rose through the ranks and went from undesirable to undeniable.

The book spends considerable time on how they both came up in the business as self-taught backyard wrestling performers before receiving legitimate training through a promotion in Southern California. From there, Nick and Matt remained focused on establishing themselves as a tag team first and foremost forgoing any ambition of becoming singles stars. The Jacksons write at length regarding their difficulties in getting attention from Vince McMahon’s WWE due to their size and boyish looks. They also dig into their frustrations working under promoters and writers who were always looking to split them up and move them away from tag team wrestling.

It wasn’t until they were on the verge of quitting wrestling altogether in 2011 that they changed their approach to the business itself and used the criticisms they frequently received as fuel for becoming intentionally obnoxious performers. If people believed they were disrespectful, put too much elaborate choreography in their matches, or overused certain moves and ideas, they decided they would lean harder into what many had considered their faults. This drastic change in attitude led to fans all over the world embracing them as favorites while also paying top dollar for truckloads of merchandise. This allowed Matt and Nick to create a career in wrestling that no longer required them to seek the approval of the biggest wrestling promotion in the world.

Before reading this book, I wouldn’t have considered myself knowledgeable when it came to the careers of Nick and Matt given that I hadn’t watched much wrestling outside of WWE until about maybe five years ago. It was interesting getting to learn the ups and downs of life on the modern-day independent scene as well as the massive success the two enjoyed while a part of New Japan Pro Wrestling throughout the 2010s. I would have liked more about the formation of AEW, but the promotion is still young, so there will be lots of time for that. While I’m more in favor of wrestlers waiting until their careers are either over or mostly winding down, Nick and Matt have been wrestling in some form or fashion for over twenty years and had a wealth of material to pull from allowing them to produce an engaging, yet brief, memoir. 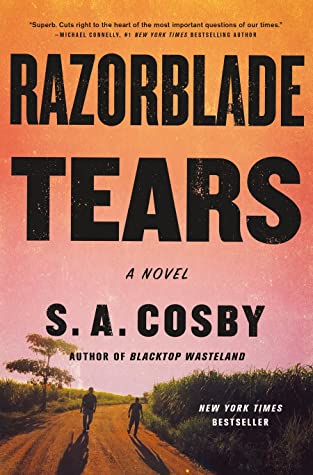 ⭐⭐⭐
Well, I was trying to read.
New Review! #acarnivalofsnackery by #davidsedaris
New Review!