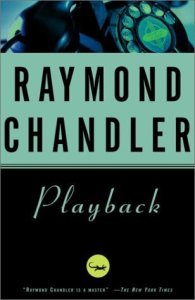 Philip Marlowe is tasked with tailing a young, rich and beautiful woman.  The catch?  He has no idea why and neither does the shady lawyer who hired him.

That is about as short a summary as I’ve ever written, and I suppose that fits given this is the shortest of the Marlowe novels.  I’ve heard from Chandler fans and through various reviews that although this was Chandler’s swan song (he died the year following its publication), it’s the most disappointing of the Marlowe books.  Because of this, I’m not sure if I had lower than normal expectations going in but when it was all said and done and all the dust had settled, I was left with a feeling of satisfaction.

While the plot in Playback might be the most straightforward of all the Marlowe tales, the strength of Chandler’s writing is front and center with such memorable lines as:

“Me and you could get along,” Goble said indifferently, “if you had any brains.”

“And if you had any manners and were six inches taller and had a different face and another name and didn’t act as if you thought you could lick your weight in frog spawn.”

“Guns never settle anything,” I said. “They are just a fast curtain to a bad second act.”

“Our eyes met across great gulfs of nothing.”

I can’t get enough of Chandler’s writing; it’s so sharp and succinct.

There are three non-Chandler Marlowe novels that follow Playback and while I’m cautiously optimistic, I have a feeling they won’t be able to recreate Chandler’s excellent prose.  It’s one thing for a director/screenwriter to put his own spin on a character or a series in a remake of a classic film but when you’re trying to capture the essence of what makes the Marlowe character so memorable – the writing – I can imagine it being a challenging endeavour with a lot of risk and very little reward.

Maybe a trip to Poodle Springs is in order. 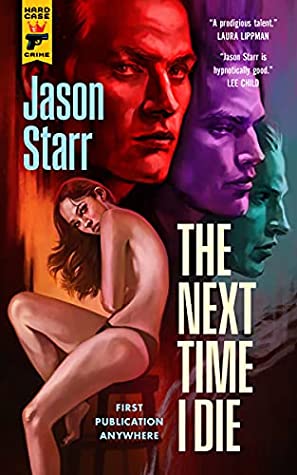