As of today, I have read a total of eighty seven books in 2014.  I had hoped to crack one hundred but deciding to participate in National Novel Writing Month this past November put me way behind schedule and with a vacation to Ottawa in December, I had no hope of catching up (nor did I need to because come on, I’m the boss around here, I do what I want).

Below are the five books that stand out amongst the many that I tore through in 2014.

Harris’ Console Wars is one hell of a read.  Not only will you learn a great deal about the inner workings of the video game industry, it also supplies a crash course in aggressive marketing!  Console Wars is a truly compelling underdog story that feels like a modern day David v. Goliath epic. 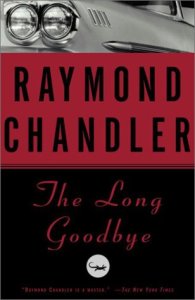 The Long Goodbye
Raymond Chandler (1953)
Check out my review!

What can be said about Chandler’s detective masterpiece that hasn’t already been said?  I tried my best to offer some insight through my review but the less said about this book, the better.  Just go read it.  It’ll blow you away.

A Swollen Red Sun
Matthew McBride (2014)
Check out my review!

McBride has emerged as one of the select few authors whose novels I consider “insta-buys”.  His first novel, Frank Sinatra in a Blender, knocked my socks off and his follow up, A Swollen Red Sun, did just the same.  While both novels have completely different feels, they’re both tent poles of modern crime fiction. 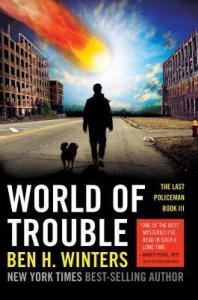 In 2014, Ben H. Winters ended his critically acclaimed Last Policeman series with a bang.  The series’ protagonist, Hank Palace, evolved through each book as Winters took him from a hard-nosed, no-nonsense detective all the way to a loveable loner you couldn’t help but sympathise with.  I can’t wait to see what’s next from Winters in the years ahead.

OK, so I cheated on my last selection (I did say that I’m the boss around here, right?).  I loved these books so much that there was no way I was letting myself get away with just picking one (I did read all three back to back to back after all).  Miriam Black kicks ass and I cannot wait to see her small screen adaptation in the coming months.